Lose Belly Fat and Save More than Just Your Six Pack

If you thought the only reason to keep your belly fat to a minimum was to show your abs off at the beach, a new study suggests that keeping abdominal fat under control might help keep your brain healthier as well. 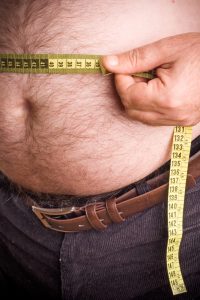 The study of more than 6,000 people, published last week in the journalNeurology, found that the more belly fat the subjects had in their mid-40s, the more likely it was that they would show signs of dementia as they grew older.

Symptoms of dementia can include forgetfulness, confusion, reduced problem-solving capabilities and even difficulty speaking.

The study also found that the research subjects with the biggest guts displayed three-times the risk of developing dementia later in life versus their leaner counterparts.

“Considering that 50 percent of adults in this country have an unhealthy amount of abdominal fat, this is a disturbing finding,” said study author Rachel A. Whitmer, PhD, a Research Scientist of the Kaiser Permanente Division of Research in Oakland, CA, and member of the American Academy of Neurology.

Interestingly, having a large abdomen increased the risk of dementia regardless of whether the participants were of normal weight overall, overweight, or obese, and regardless of existing health conditions, including diabetes, stroke and cardiovascular disease.

An abstract of the study, Central obesity and increased risk of dementia more than three decades later is available online at the journals website.