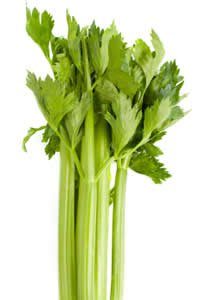 Negative calorie foods are one of those dieting concepts that sound so good that you want to believe its true.

Just the term negative calorie foods conjures up images of eating all you want, and still losing weight. Its a very powerful promise and one that fad diet and weight-loss pill marketers rely on on every day to sell you their latest pill, potion or weight-loss-secret-revealed eBook.

What Is A Negative Calorie?

The theory is that a negative calorie food is any food that requires more energy to digest than the energy (calories) actually contained in the food. The idea here is that by eating these foods, you can burn more calories than you consume and lose weight more rapidly and efficiently.

Origins of the Negative Calorie

The concept of negative calorie foods has been around for almost a decade, and has been popularized via two main sources: Internet discussion boards and the 1999 book, Foods that Cause You to Lose Weight: the Negative Calorie Effect, by Neal D. Barnard, M.D.

Barnard is the founder of Physicians Committee for Responsible Medicine (PCRM), which is a vegetarianism advocacy group with close ties to People for the Ethical Treatment of Animals (PETA.) Critics of Barnard and his book will point out that Foods that Cause You To Lose Weight: the Negative Calorie Effectis less about negative calorie foods, as it a paean to a ultra-low fat, vegetarian/vegan diet. This in itself isnt bad, except that Barnard cloaks his crusade for vegetarianism in a cloud of quasi-scientific mumbo-jumbo that leads people to believe that vegetables have some magic negative calorie effect in the body.

Barnards diet plan is actually fairly extreme and has you cutting out all dairy, meat, nuts, fish and even healthy fats like olive oil. While including plenty of fruits, vegetables and whole grains in your diet is clearly a fantastic goal, Barnards advice to avoid even healthy fats flies in the face of most current research around the broad health and fat-loss benefits of things like MUFAs and Omega-3 fatty acids present in sources like fish oil. In this regard, Bernard seems woefully behind the times.

Even more interesting is that outside of the books title, the term negative calories is rarely mentioned by Barnard. Its hard not to conclude that its inclusion in the title was done purely for marketing sizzle, since calling the book Vegetables That Cause You To Lose Weight is a bit of a yawner. Still, Barnard gets credit for coining the term negative calorie, even if what he really wants you to do is just eat more vegetables.

From a nutritional standpoint, celery is pretty much empty. Its basically made up of water, sodium, some trace minerals and something called cellulose which is a form of vegetable fiber than the human body cannot digest.  It contains no protein or fat and marginal carbohydrates. Any other nutrition in celery is in the form of vitamins, minerals and enzymes, which contain no calories.

In fact, aside from iceberg lettuce and cucumbers, you probably couldnt find a less nutritious, lower-calorie vegetable to eat.  These foods are already about as close as you can get to eating zero calories. Close, but not quite, as well see in a moment.

A large, stalk of celery weighing in at 2.2 ounces contains only nine calories. Negative calorie diet advocates claim that the mere process of chewing and digesting celery requires an expenditure of energy that exceeds the 9 calories present in the celery. Therefore, the argument goes, celery has negative calories.

Again, this all sounds good in theory, but what about in practice?

There are some flaws with the negative calorie food theory, however.

First, the reason that certain foods like celery are already low in calories is exactly because of their high-non-caloric nutritional content. The fact that cellulose, water and minerals like sodium contain no calories isalready figured into the foods caloric-content. Thats why it has minimal calories in the first place. Negative food advocates want to double-dip here, and have you believe that the non-caloric nutrients like cellulose lower its effective calorie levels even more, but thats just not how it works.  This is already baked-in.

Yes, the body does expend a certain amount of energy to digest food, but that expenditure even with foods that contain a high-percentage of non-caloric nutrients like cellulose is actually fairly minimal.

Typically, the body will expend 10 15 percent of the calories you consume each day to fuel digestion. Lets just throw the negative calorie food gurus a bone and say that for foods that are rich in non-digestible nutrients like cellulose, that number is actually as high as 50 percent of calories consumed (I have no evidence for this claim Im just being generous to prove a point.)

So it appears that the food that is the best candidate for qualifying as a negative calorie food celery  cant even hit the break-even point, let alone become calorie-negative.

One of the most fascinating twists to the whole negative calorie myth is how the list of negative calorie foods has been expanded to include all kinds of fruits, vegetables and greens (regardless of their actual calorie content), including:

Its unclear why these particular foods consistently seem to appear on every Internet list of negative calorie foods.

Aside from their relatively high water or cellulose content, there seems to be very little rhyme or reason as to which food makes the list. Its almost as if someone randomly picked a bunch of vegetables and fruits, published them on their website as negative calorie foods (or maybe they culled them from Dr. Barnards book) and the rest of the Web has just perpetuated that myth ever since.

The inclusion of fruits in the list of negative calorie foods is particularly perplexing.

While fruit does typically contain a large amount of water and has some indigestible fiber, its also very high in fruit sugars (fructose.) To suggest that you will burn more calories digesting fructose than the calories present in the fructose itself is simply pseudo-scientific bunk.

Take watermelon, for example one of the foods typically included on lists of negative calorie foods.

A 9 oz serving of watermelon has 84 calories, 1 gram of fiber, 21 grams of carbohydrates and 17.4 grams of sugar (indeed, the bulk of carbohydrates in watermelon come from sugar.) While calories are certainly low compared to a Dove Bar, any suggestion that your body will burn in excess of 84 calories simply by digesting a few slices of watermelon defies not only bio-chemistry, but also the Laws of Thermodynamics.  The only way youre going to burn that watermelon off is if you run a couple laps around the gym.

Negative Calorie Diet: The Secret is in the Enzymes?

So how does this stuff get perpetuated and how do negative calorie prophets get around the Laws of Thermodynamics?

Which enzymes were talking about are never mentioned. This is probably because the authors themselves have no idea they just read it once in one of the hundreds of nearly identical Internet articles on negative calorie foods.

Heres one of my favorite explanations of how these un-named enzymes work, taken directly, word-for-word from a diet website that claims to understand how negative calorie foods function. The name and address of that site shall remain nameless lest the owner and author of this nonsense be labeled a quack:

All foods have a nutrient (carbohydrate, fat, protein), caloric (calories) and vitamin & mineral content. Vitamins stimulate living tissues to produce enzymes that breakdown the caloric nutrients of that food.

The foods with negative calorie contain sufficient vitamins & minerals that produce enzymes in quantities sufficient to break down not only its own calories, but additional calories present in digestion as well. This is called negative calorie effect.

If youre scratching your head, youre not alone. I have no idea what this person is talking about and I suspect that if you asked a PhD in bio-chemistry or nutrition, theyd have an equally-perplexed look on their face. Yes, enzymes do help break down food, and yes there are enzymes in vegetables and fruits which can help with digestion, but to suggest that these enzymes create a negative calorie effect is pure speculation.

The great thing is that this exact excerpt with some minor modifications here and there basically appears verbatim within just about every article written online about negative calorie foods. Clearly the copy and paste function is popular among negative calorie fans.

The scientific citations to back up this alleged enzyme action in negative calorie foods are pretty thin. They typically cite two references: one from Dr. Dean Ornish that showed a vegetarian diet helped people with heart disease cut their weight by an average of 20 lbs without limiting calories and without exercise; and a reference to a 1994 article in Self Magazine by Dr. Barnard that discusses negative calorie foods.

The exact study by Ornish is not cited, so I was unable to confirm or review the Ornish study to see exactly what it had to say about negative calories. On the surface, it seems like negative calorie advocates are simply associating research about the positive weight loss effects of diets high in vegetables and low in dietary fat with the concept of negative calories even though the research itself may say nothing about the negative calorie effect.

The Lowdown on The Negative Calorie Myth: Veggies ARE Good For You

Yes, a diet high in whole food sources of fruits and vegetables will help people lose weight and can have all kinds of health benefits that make them a smart choice and a centerpiece of a clean eating approach to dietand nutrition. But in terms of putting you into the negative calorie zone, dont hold your breath.

Many of the fruits and vegetables that make the negative calorie food list are quite low in calories and very high in beneficial antioxidants, vitamins, minerals and phytochemicals which may prevent heart disease and cancer. They also are very filling, and because of their low calories, allow you to eat a higher volume of healthy food, which if substituted for higher-calorie junk food will help you lose weight and body fat.

So while the whole negative food myth seems to be exactly that a myth there certainly is no harm in loading up on these fruits and vegetables as part of a healthy diet. Just dont expect fistfuls of celery to be the key to lasting weight loss.

By the way, if youre interested in a little more negative calorie fun, be sure to check out this recipe for Negative Calorie Chocolate Cake courtesy of Steamy Kitchen.com.

Each month, Ill draw a name from all of the legitimate questions I receive and the winner will receive a $20 Under Armour eGift Card redeemable exclusively at http://www.underarmour.com/.

Whats my definition of legit? Legit means that your question is related somehow to fitness, diet, nutrition, supplements, exercise, healthy eating, etc. You get the point.

Please include your full name, city and state and e-mail address to be entered in the drawing. Only your first name, last initial and location will be posted with your question. The winner will be chosen and announced on the first day of each month. Void where prohibited, you need not be present at the drawing to win, blah, blah, blah .

What Is A Complete Protein? Complete vs Incomplete Proteins
What Is BMI?
Does Whey Have Casein? | Ask The Fitness Nerd
What’s The Highest Protein Content Food?
What Are MUFAs?